AMC have announced they’ll be showing the feature documentary An Accidental Studio at 7pm on Sunday, 26 January, in honour of Python Terry Jones who died this week aged 77 after suffering from a form of dementia. 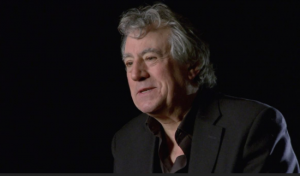 The documentary covers the history of HandMade Films, the film studio behind Monty Python’s 1979 hit movie Life of Brian, which Jones directed. (He also played Brian’s mum Mandy Cohen, Simon the holy man – the hermit with the extra long beard – and Colin, among others.)

The documentary includes interviews with key players including Michael Palin, Richard E. Grant and Bob Hoskins, and captures an extraordinary time in film history through the eyes of directors, actors and producers, including the man who started it all, former Beatle and music legend George Harrison.

AMC is available in the UK on BT Channel 332.