You are here: Home / Film Articles / Horsing Around On John Wick 3 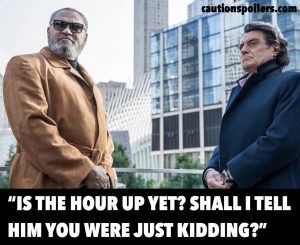 If Keanu Reeves doesn’t end John Wick 3 soaring into the sky atop a fire-breathing dragon, I for one will be asking for my ticket money back.

And you don’t know how close you came to getting a “horsing around” pun in that title. Oh. Sorry.

The news and images coming out about John Wick 3 just get better and better – I just hope they can keep it up. 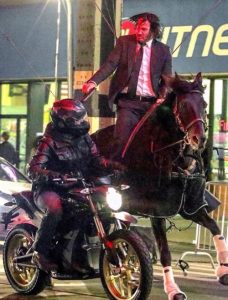 Last time we saw Mr Wick he was on the run (well more of a jog, he’d been so battered) from just about every assassin alive.

Though they gave the world’s best and hottest hitman, plus his Dog With No Name, an hour’s head start across Central Park.

The image at the top of the page is of Laurence Fishburne as the Bowery King, and Ian McShane as Hotel Continental manager Winston – though much as I love McShane, I mean Lovejoy, he does look like a Toby Jug here.

Maybe it could be added to the range of John Wick merchandise that I’ve been begging for: 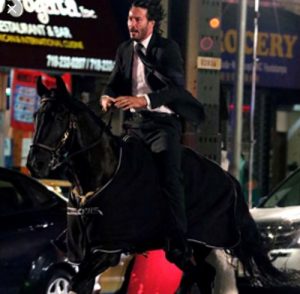 I really hope this is a mustang

Honestly, beyond the Funko and some dolls there’s nothing.

I even had to make my own celebratory John Wick Christmas cake.

Earlier this year we had a big cast update for John Wick 3: Parabellum, to give the film its full title. 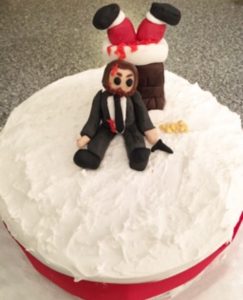 I want a John Wick / Terminator crossover, where he comes from the future to destroy people who don’t like marzipan

(Parabellum means “prepare for war”, and is also apparently a type of gun).

And here’s my article on whether Keanu Reeves is in fact The Doctor from Doctor Who.

(Well have you ever seen them in the same timeline together? I think not.)