You are here: Home / Trailers / No one ever really outgrows their favourite toys – check out Toy Story 4 trailers, clips and images 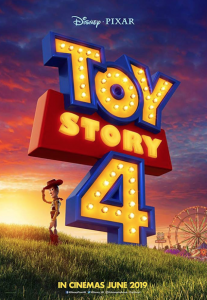 Woody and friends are back this year, including Keanu Reeves! Hopefully as a John Wick doll, or possibly a Ted “Theodore” Logan Funko.

There’s no name yet for his character, though it’s apparently someone dark, which makes sense if you think dolls are actually super-creepy and you dread having to go into your children’s playroom at night, oh no not me.

Here’s the blurb for the upcoming movie:

“When a new toy called “Forky” joins Woody and the gang, a road trip alongside old and new friends reveals how big the world can be for a toy.”

So far we have a two trailers and a Super Bowl teaser:

Josh Cooley is directing. Toy Story 4 is released in the US and the UK on 21 June 2019. Check out both trailers and the Super Bowl ad, and scroll down for images and posts on our slider.