You are here: Home / Trailers / Mars attacks in new trailer for Settlers

A home invasion thriller set in a home built on land claimed by incomers to a supposedly uninhabited planet, then taken over by a mysterious and frightening soldier, Settlers look claustrophobic despite the vast, almost empty planet it’s set on.

Sofia Boutella and Jonny Lee Miller are trying to survive on Mars with daughter Brooklynn Prince, when their existence is threatened by figures appearing over the rocky hills around them. 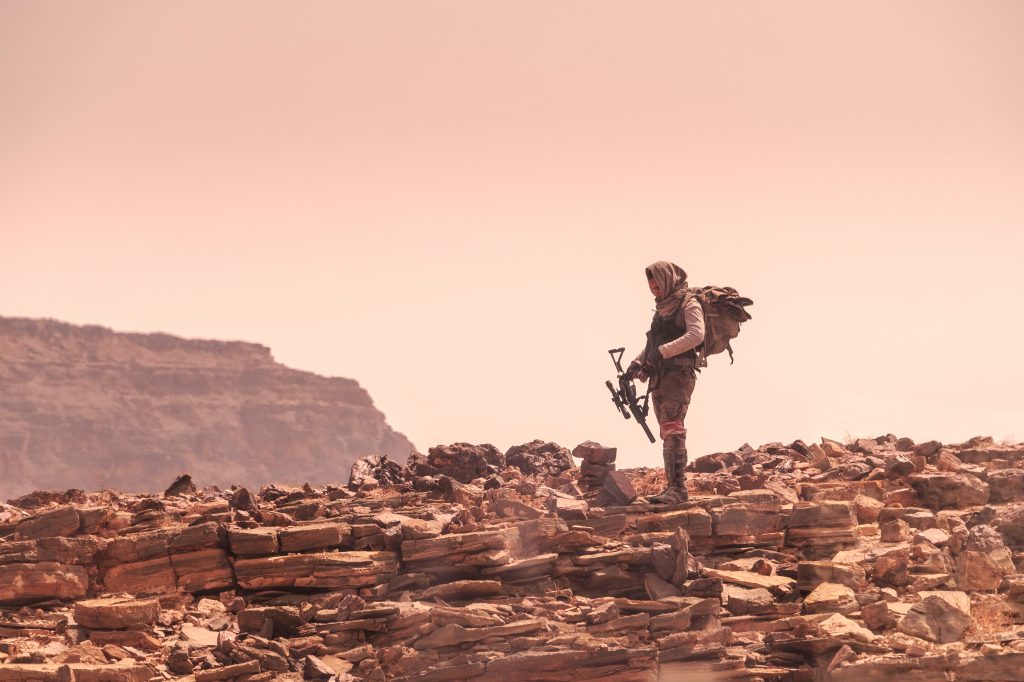 This is one of those trailers that tells you a lot, though it certainly went in different directions to what I was expecting. It doesn’t look very cheery — tapping into our fears of isolation and climate disaster — but it does look gripping.

Here’s the synopsis — scroll down to watch the trailer and view images from the movie;

Following an ecological disaster on Earth, a family eke out an existence on a desolate Martian homestead. Reza (Jonny Lee Miller) and his wife Ilsa (Sofia Boutella), do their best to protect nine-year-old daughter Remmy (Brooklynn Prince) from the dangers of the surrounding landscape. But when hostile outsiders appear in the nearby hills, Remmy becomes aware of the disturbing reality of her situation, that her parents have shielded her from all this time. She is taken hostage by the outsider, Jerry (Ismael Cruz Córdova), and as time goes by, the probability of escape for Remmy (now played by Nell Tiger Free) grows increasingly remote, while Jerry’s intentions grow more and more sinister.

Settlers is out on digital in the UK and Ireland on 30 July 2021. It’s the first feature from writer-director Wyatt Rockefeller and features a score by acclaimed musician Nitin Sawhney.