You are here: Home / Trailers / “I think women can do anything!” – the first Charlie’s Angels trailer is here 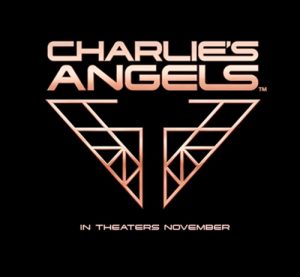 UPDATE, October 2019: I’ve added the second trailer – scroll down to the bottom

“We exist because traditional law enforcement can’t keep up,” says Elizabeth Banks’ Bosley in the new Charlie’s Angels trailer, but really they shouldn’t need a reason.

The Townsend Agency has teams of Angels around the world, each with their own Bosley. Elizabeth Banks (who also directed and co-wrote the screenplay) is Bosley to Angels Elena (Naomi Scott), Jane (Ella Balinska) and Sabina (Kristen Stewart) – other Bosleys include Djimon Hounsou, Sam Clafin and Patrick Stewart.

They’re trying to protect a new product that could “revolutionise the power industry”,  but which could also be weaponised. I know, I miss diamonds, imposter prime ministers and uranium too.

Beyond that it does look – so far – as if it’s not got much new going on, but it does look fun: Kristen Stewart in a huge blonde wig head-butting a misogynistic businessman, guns, massive closets, killer peppermints, and a flirty exchange about favourite chemicals. What’s not to love?

The trailer soundtrack is a new single by Miley Cyrus, Ariana Grande and Lana Del Rey, though we don’t know what it’s called yet.

Check out the trailer below. Charlie’s Angels is out in the US on 15 November and the UK on 29 November (I know, a ridiculously large gap).

Watch the trailer below, and scroll down for images from the film: