You are here: Home / Film Reviews / The Final Girls UK: We Are The Weirdos 2 – nine horror shorts by women 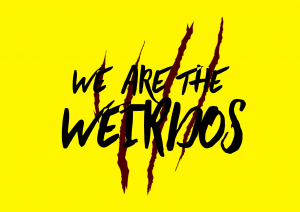 The Final Girls UK, a collective dedicated to exploring feminism in horror and highlighting women’s participation in the genre, are back with their second We Are The Weirdos tour – a selection of nine horror shorts by women.

The absolute standout is Hair Wolf (5/5), directed by Mariama Diallo, which won the narrative short film award at the Sundance Film Festival in 2018.

It’s a blisteringly funny, super-sharp and very current story about cultural appropriation, and takes place in a very heightened reality.

Set in a hair salon for black men and women, hairdressers Cami, Eve and Janice, champions and guardians of black culture and fashion, find themselves under threat from a white girl Rebecca (Madeline Weinstein) demanding braids. 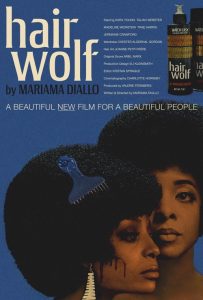 Looking outside the salon window, it becomes apparent that this appropriation is like a virus – as white people, with the deadly pallor and unthinking determination of your average zombie, roam the streets, tapping on the door and demanding their style wishes be accommodated.

Meanwhile the hairdressers, plus their customer Damon (Jermaine Crawford) find the infection taking hold in them too, as they begin to declare their own dissatisfaction with blackness and black beauty.

Hair Wolf is very stylised and looks phenomenal, with a gorgeous 70s vibe. The three young women hairdressers have taken their looks to the extreme with very big hair. Cami (Kara Young) sports enormous buns on each side of her head about 50 times bigger than Princess Leia’s; Eve (Taliah Webster) wears a stunning, very high hair wrap; while Janice (Trae Harris) sports hers loose and wide.

The film is also genuinely eerie and very clever, mimicking those traditional breakdown-of-society zombie tropes while people watching from relative safety gradually work out what’s going on, while inverting the common idea of an underclass rising up. The white infected were already the dominant class.

I’m sure it will have far more of an effect on clueless privileged white people watching it than a million tweets or articles in The Guardian. (It certainly did on me.)

The Finnish film Puppet Master (4/5), directed by Hanna Bergholm, is one of those horrors where I can see the craft, the artistry and the talent for storytelling behind it, but never want to watch it again. It’s a disruptive film and very sinister. (These are all compliments, by the way.) 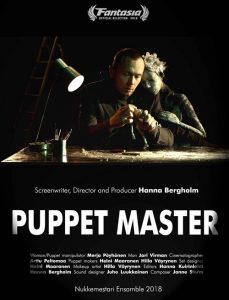 It’s  tremendously otherworldly; and, I can confirm, stays with you a long time. A lonely woman (Merja Pöyhönen) stumbles into a warehouse, where she’s covered in clay – when it hardens and is removed, she’s a brittle puppet underneath. Skinny, grey and stone-like, she has to be moved around by her arms and legs.

It looks like an allegory for an emotionally abusive relationship, and how for some women, their self-esteem so low and their loneliness so great, any relationship is better than none. She does develop an elegance and an agency, though the creepiness factor is always off the scale.

The cardboard boxes full of other puppet victims reminding me of cellars discovered years later under the homes of serial killers, long dead victims wrapped and packed away with no dignity in death.

It’s a short and nifty looking story with an inventive monster, and a very pleasing line in retribution, and is a enjoyable riposte to the “dying alone with your cats” trope that people joke about if a woman remains single rather than “settling”.

If you’re feline in the mood for some revenge you’ll love this (see what I did there).

Goodnight (3/5), directed by Diane Michelle, is short but packs quite a lot in, reusing that familiar horror trope of the monster under a child’s bed, while adding in a horrible dad who clearly has a secret.

Athena Isabel Lebessis, who plays mom Carrie, is excellent, highlighting that there’s something odd about her husband that has created distance between them, even as they’re having sex. 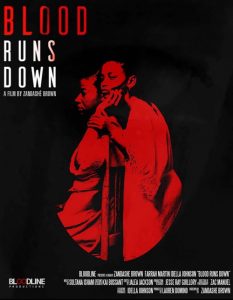 Blood Runs Down (4.5/5), from writer-director Zandashé Brown, is a jolting horror drama with unexpected twists. Farrah Martin, who plays the little girl Ana, is wonderful as frightening events force her to dig deep into her own resources.

It’s Anastasia’s birthday the next day so she needs an early night before her birthday party; her gentle but strong and capable mother Elise (Idella Johnson) has bought her a pretty white dress for the event.

But when her mother comes back in to Ana’s room after her bath she’s different somehow; coarser, angrier, no longer the protector but the potential threat. Time plays tricks as poor Ana has to quickly face up to what she must do to keep herself safe.

This isn’t a claustrophobic film though there’s certainly a feeling, almost an acceptance, that they’re trapped in their house. It’s beautifully staged, and shot. The colour palette is muted; the furnishings old and elegant but never imposing. Were it not for the demonic goings-on I’d like to move in myself.

The animated Mexican film Cerulia (4/5), from Sofia Carillo, is about a woman’s return to the house she grew up in. There are flashbacks to her childhood, and the not so imaginary friend/foe she had then.

Tall, narrow, and filled with dust-covered belongings, it’s about as spooky as a house can get. The doll-like nature of the stop motion characters is extremely unnerving, with their pale pale faces and red rimmed eyes in a film filled with beiges, greys and browns, and the sets beautifully detailed.

The American film Inseyed (4/5), from Jessica Hudak, is very, very short, a blink (ha!) and you’ll miss it animation.

Rebecca Culverhouse’s #EatPretty (3/5) is more a commentary on the horrors of our age, as it follows a photographer inspired by lifestyle bloggers and trends. In a weird way it reminded be of Neon Demon as chasers of beauty literally consume the objects of their desires. 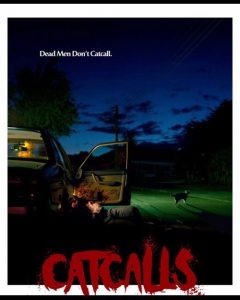 I liked some of the stylistic tricks used (the woman doesn’t move her face to speak though we hear her talking – too much Botox maybe?) but while it is quite weird it’s not doing much that’s new. It talks a lot about still life photography, tying into its theme of objects for the sake of acquisition, with all that makes them special removed. As a film it’s not horrifying to watch though its theme is.

I found the South Korean film The Lady From 406 (3/5), directed by Lee Kyoung, quite hard to engage with.

A young woman in an apartment block complains to a neighbour about the cigarette smoke coming through the vent that links their bathrooms. She has a daughter, who we never see, and is pretending she has a husband. The flats are indistinguishable, floor upon floor of identical front doors and symmetrical walkways.

I think it’s asking about identity but while I could see the questions I didn’t understand their answers.

A thread running through nearly all these short films is that what should be places of safety are becoming prisons. And while that’s a very common trope in horror, homes have long been – and, if we’re honest often still are – the domain of women in families and the source of their power.

Motherhood too is key in many of these shorts, a role which has little status but which simultaneously often terrifies men who don’t understand its more primal elements. (That fear will have led directly to its low status – what better way to keep women down for centuries.) Maternal death too is the ultimate in removing that power.

The black owner, employees and customer of the hair salon in Wolf Hair are in a similar position; having created a culture for themselves, after being excluded from society, they now find that an oppressing group wants what sets them apart and gives them their strength.

We Are The Weirdos 2 starts in Leeds on Saturday 16 February 2019 and finishes in Nottingham on Thursday 28 February. You can find out more and book tickets here.

Watch the trailer for the We Are The Weirdos shorts below, and scroll down for images from all the films:

We Are The Weirdos 2 – horror stills