You are here: Home / Film Articles / 30 years on, Bill And Ted are back to face the music 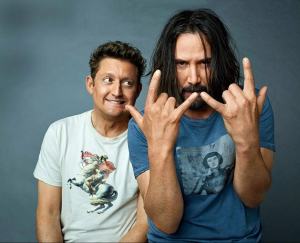 The full title is Bill & Ted Face The Music, and stars Alex Winter (Bill S. Preston) and Keanu Reeves (Ted “Theodore” Logan), otherwise known as the Wyld Stallyns, announced from the Hollywood Bowl that the film is officially happening.

And here’s the synopsis, from Orion Pictures:

“Yet to fulfill their rock’n’roll destiny, the now middle-aged best friends set out on a new adventure, when a visitor from the future warns them that only their song can save life as we know it and bring harmony to the universe. Along the way, they will be helped by their families, old friends and a few music legends.” 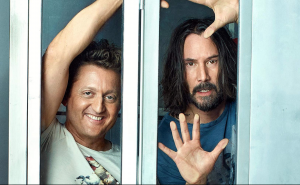 According to IMDB William Sadler is playing the Grim Reaper, again!