You are here: Home / Featured 1 / Inferno 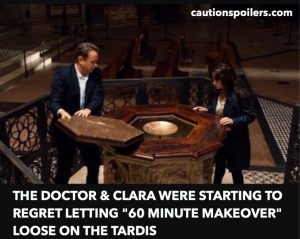 “Abandon all hope…” says a character early on in Ron Howard’s Inferno, quoting Dante’s, er, Inferno. And now I know exactly what they meant.

Robert Langdon (Tom Hanks), a world renowned Dante scholar who at one point in this film still needs Dante to be explained to him by glamorous prodigy Dr Sienna Brooks (Felicity Jones), is lying in a hospital bed in Florence with a head injury (the small kind that won’t scar, and you can still solve mysteries with, only you don’t know the word for “coffee”). Then a policewoman arrives and shoots nurses, so Dr Brooks locks the room door and helps Langdon escape, still in his hospital gown.

(You know it’s not going to be a very realistic film as when Langdon is escaping the hospital his gown is securely done up at the back. Whenever I put on one of those things, it flaps madly at the back and everyone else on the ward gets a free show).

Back at Dr Sienna’s lovely Florentine apartment, Langdon is still suffering intermittent amnesia of the very worst kind (he still can’t remember the word for “coffee”) and is also having horrific visions of blood, fire and pustulated bodies.

It sounds like the worst ever hangover, made all the more terrible for not knowing the word for “coffee”. Meanwhile Dr Sienna is lining up teaspoons in neat rows which is probably a sign, or maybe she’s just making him um, that thing.

I then spotted the twist and it was so obvious! Dr Sienna is British and when he tries to describe that hot drink that people have for breakfast, I knew she’d answer with, “Tea?”.

While in Dr Sienna’s lovely apartment, Langdon discovers a biotube in his jacket pocket that can only be opened by a fingerprint – his. When it opens, they find inside what he thinks is an ivory tube decorated with devils. But no, it’s bone says Dr Sienna, and more specifically human bone (how on earth you can work out that it’s human bone from looking at it when it isn’t in a bone shape any more is beyond me).

It’s actually a Faraday pointer – a sort of flashlight that projects a picture onto the wall, in this case an amended version of Botticelli’s Map of Hell, based on Dante’s poem Inferno.

Sadly the Map of Hell has not been updated for the modern age with pictures of mobile phones in cinemas, leaky earphones on public transport, and social media virtue-signalling, though that would certainly illustrate Hell for the modern age – though there are some letters added, and a little message in English about Bertrand Zobrist (Ben Foster).

Zobrist – a billionaire Derren Brown lookalike – clearly agrees with Jean Paul Sartre that “hell is other people” and therefore plans to do away with half of the population of the world with a deadly virus (or plague – plague sounds much better in a film than virus, which might just be sniffles; hardly fatal, unless you are an alien).

The letters are an anagram, which when I worked it out said “You could be watching Bridget Jones’s Baby in the screen next door you moron”, actually they didn’t and it was something to do with another painting.

Luckily Dr Sienna and Langdon then have a quick five minutes waiting for the American Consulate traitors to come and break into Dr Sienna’s lovely apartment and kill them both so they do a spot of Googling and pretty much solve the mystery. So then we just have 1 hour 40 minutes of running around to get through.

At this point several armed and traitorous American Consulate bad guys turn up in a black van so Langton and Dr Sienna escape in the world’s smallest Fiat at about 15 miles an hour.

And then there’s more running and they go to lots of art galleries and run around a bit more then they meet up with various people who could be good guys or bad guys, I’m not really sure and neither were they. God there is SO MUCH RUNNING.

I suppose it’s hard to be enthusiastic when you’re not sure who is on which side, but I felt that – while Langdon was super anxious and kept falling over after his teeny weeny head scratch – Dr Sienna was a bit all over the place. And even when she started getting into it, she wasn’t really thinking big.

“We still have a chance to save half the world!” she says, which rather sounds as if she’s given up already. I mean, half the world? That’s a bit half hearted isn’t it. And just sounds so British. You’re letting 4 billion people slip through your fingers. Go big Dr Sienna, and be bold. Also “We still have a chance to save the WHOLE WORLD” sounds so much better and is technically accurate.

As well as Dr Sienna aiming to save only half the world, Mr Simms, head of the shadowy security firm that pops up working for Derren Brown, is meant to be watching a video of Zobrist talking about releasing a pathogen at midnight that will kill half the population, but he stops halfway through as “I’ve got the gist”. What? There could be an entirely different message later on in the tape that changes everything! Like, “I’ve helpfully left an antidote hidden under a hedge near the Bridge of Sighs” or “Don’t bother writing that Oscar speech, Tom”.

So do they stop the virus being released? Do they? Well you’re still alive aren’t you.

Inferno is a pretty rubbish film, but it is quite entertaining in its way – particularly Dante’s death mask which looks like Phil Collins on the cover of his But Seriously… album. Just go along expecting a nice thriller with paintings and pretty Felicity Jones paired up with very middle aged Tom Hanks (I’m looking forward to a young hot sexy guy paired with hang on let me think of a 50-something actress who’s still majorly A-list and isn’t Meryl Streep. Nope sorry).