You are here: Home / Awards / All the winners from the BAFTAs 2019 – the films, the dresses, the trouser suits 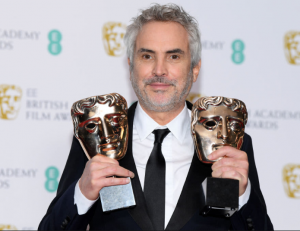 Alfonso Cuaron, winner of Best Director for Roma, which also won Best Film and Best Film Not In The English Language

The BAFTAs took place on Sunday night, and the big winners were The Favourite and Roma. And the outfits. But not the ceremony itself which has been slammed for the poor introduction and more.

You can check out the most stylish men down the page, but all my favourite ladies’ ensembles, and Timothee Chalamet because he puts such an effort into every single red carpet event, are in the slider below.

Yes, above the actual winners. Because while in a few months I’ll have entirely forgotten whether the brilliant Rachel Weisz or the brilliant Emma Stone won Supporting Actress, I will never forget Edith Bowman’s race-through-history dress.

(Though to be fair I like it when they try something different, and it gets them noticed – I bet some of them do it for the “Worst. Dress. Ever!” column inches.)

The Favourite, Yorgis Lanthimos’s three-way battle between between a queen, a courtier and a servant, has many of us beguiled and besotted (including me). The women are strong and biting; the men over made up fops.

Roma follows the life of Cleo, a live-in housekeeper for a middle class Mexican family – set in the early 1970s, it is a semi-autobiographical account of writer, director and cinematographer Alfonso Cuaron’s own upbringing. 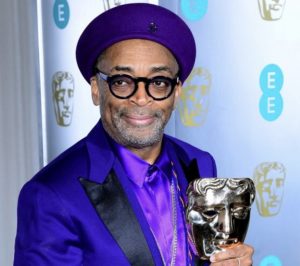 Animated Film: Spider-Man Into The Spiderverse

Film Not In The English Language: Roma 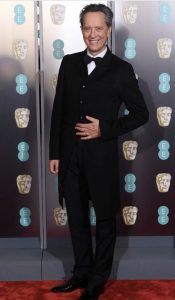 Richard E Grant, nominated for Supporting Actor Can You Ever Forgive Me? 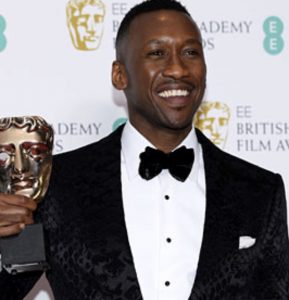 Original Music: A Star Is Born