You are here: Home / Weird Movie Shit / Sex In Movies 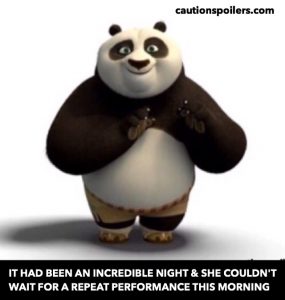 Movie Sex (and I’m talking your average film you see at your local multiplex, not the stuff you download “accidentally” while looking for a David Attenborough nature documentary that unfortunately syncs to the family iPad) exists in its own peculiar universe.

It can be incredibly chaste or super-raunchy, depending on film classification and no-nudity / I’m-French contract clauses.

If they take their bras off the actresses’ boobs are always exactly the same size and are so perky when lying down that I think the wardrobe department must attach their nipples to the ceiling with string, removed later during the editing process.

The next morning they look exactly the same as they did eight hours before, often after having had the most energetic, filthy sex of their lives with a Hollywood love god.

And while we’re on the subject of Hollywood love gods why does everyone insist that doing movie sex scenes isn’t sexy? If that was the case why do they all end up shagging their co-stars on their days off? (Allegedly)