You are here: Home / Interviews / INTERVIEW: How to make An American Piano, set in Japan, by two Aussies – Hamish Downie & Paul Leeming

“You could say that the descendants of old enemies came together to make this film – which is part of our message.” Hamish Downie, writer and producer of An American Piano. 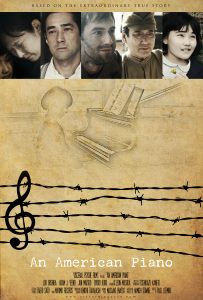 Paul Leeming and Hamish Downie, the director and writer/producer of An American Piano, both lived in Japan for several years (Hamish still does). Their short film is based on a true story from World War 2, when Allied POWs in Japan found solace in the beautiful piano playing of a little girl called Youko Koshida, who lived with her family next to their camp. (The American piano of the title was a Mason & Hamlin, and appears at the end of the film.)

I asked Paul and Hamish about the story behind the film, and how and why they tackled a topic which is still so emotive, over 60 years since the events it depicts. (You can read my 4-star review and watch the full film here.)

1, An American Piano is quietly emotional (I’ll happily admit I got a bit teary at the end), but it’s also based on a true story. How did you find out about the real-life story? Is it well-known in Japan? What changes did you make?

Writer/producer Hamish Downie: I was doing research for a feature script I was hoping to make on a similar topic, and I met two women from the POW Research Network Japan who introduced me to the story.

Through them, I met the real Youko Koshida, and we spoke for about three hours, and then I went home and wrote the script for the film. It was the simplest and easiest script I ever wrote. I just got out of the way and tried to just “tell the story”. 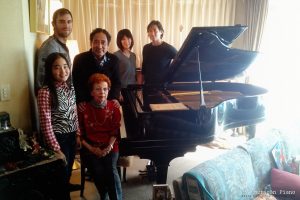 Mrs Youko Koshida with the cast and the real American piano

There’s something about film that creates a bridge to people who would otherwise never know about this story, and I’m privileged to be a part of doing so.

We kept to the spirit of the story, but naturally changes were made to suit our budget limitations. Making a period piece is not cheap.

2, Where are you and Paul from originally? Was there any tension between you telling a Japanese story (set in wartime) and perhaps having an outsider’s clarity and view, for want of a better phrase?

HD: We’re both Aussies! We met in Japan, funnily enough, through a mutual friend when I was looking for someone to shoot a music video I was directing for Robyn Loau.

Paul and I both had relatives who fought the Japanese during the war. My grandfather was on one of the naval ships when the Japanese Emperor signed the declaration for the end of the war, and Paul’s great uncle was captured as a prisoner of war and ended up working on the Burma Railway.

Our cinematographer had a relative who obviously fought on the other side of that war.

So, you could say that the descendants of old enemies came together to make this film – which is part of our message.

Actually, my grandfather always said that he never felt as if he were fighting the ordinary Japanese people, just their government. And our film, I hope conveys that same message, of two people who are supposed to be enemies, but through the power of music, they see the humanity in one another.

3, I loved the colour – the sepia tones and slightly darker colours. What was the thinking behind that?

HD: This is probably better answered by Paul, who did the colouring. We basically modelled it after Letters from Iwo Jima and other WW2 films. Film is a visual language, and part of that language is the colour, so this helps audiences know where in history we are.

Director Paul Leeming: As the director I wanted to convey a high-end Hollywood feel to the film, so it was important to echo the documentary films of the day which today tend to have a desaturated, sepia tone to them, even though the reality was of course quite different. As Hamish also mentioned, it’s a visual shortcut to help audiences orient themselves in the right era.

Further to that, as I was the colourist on the film, I did a subtle desaturation effect as the film progresses, so that the more dire the characters’ circumstances as the war progressed, the less joy and colour was left in the world they inhabited.

I then lifted saturation back for the end shot over the credits to bring the audience back to the real world of the present.

4, Your young actress, Leon Masuda, is delightful. I’m guessing she wasn’t playing the Chopin, but did she play the piano before getting the role? Was that a prerequisite during your search?

HD: Leon is delightful, and has now gone on to work in the US on a Disney Channel TV movie and in commercials. I believe this film was one of her first. She does actually play the piano, but she’s not playing Chopin here, as she mostly knew Disney songs! 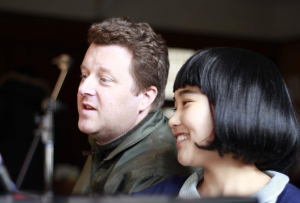 PL: As the piano is central to the story, I was hoping to find a young girl who was talented enough to play the piano pieces for real, even if not at the level the film’s music is at!

As it turned out, Leon was able to play piano to some degree, although not Chopin, so we filmed her playing Disney pieces in order to be able to show she was actually playing the piano on set.

Then we overdubbed Chopin and tried to match cut the finger movements with Chopin where possible and only show those points to make it appear seamless.

5, Did you have a particular audience in mind when you made the film? And what has the reaction been like?

PL: Hamish and I conceived of the film as being universal in scope but aimed primarily at adults, hoping we would influence them as to the futility of war in today’s climate.

It was however extremely gratifying to be picked up by children’s festivals, where it really found its niche. I attended a couple in person and my greatest joy was winning the Olympia International Film Festival for Children and Young People in Pyrgos, Greece, because we had screened the film as part of the competition at first and while there, were asked by the organisers to screen it again separately because they wanted more children to see it.

Having the children vote for the film as the winner was proof positive that it resonated with them in a very high quality competition, and hearing the film called out as winner was one of the most meaningful moments in my film career to date.

6, Your film is set nearly 75 years ago. As an Australian living in Japan, what impression do you get about how WW2 is viewed now?

HD: That’s not an easy question to answer at all. It’s highly complicated by the fact that while Japan perpetrated some of the worst war crimes, they also suffered through the bombing of Tokyo, where people were running in flames to the Ueno Park pond only to perish. Then, there’s the dual atomic bombings of Hiroshima and Nagasaki. 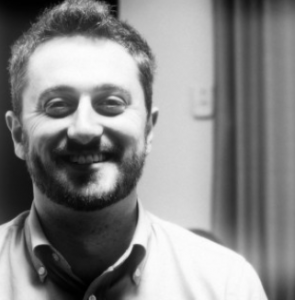 But, then, America came and helped their economy and they’ve since become economically dominant. I asked my Japanese partner this question, and he said that it depended on the generation. Younger people know that war is something that shouldn’t be repeated. I’d say that feelings run the gamut of emotions, and that like Germany much of the negative aspects of its history isn’t really taught in schools.

That said, you can see the various ways it’s presented itself in pop culture, such as in Godzilla, the works of Hayao Miyazaki, and in the character Sadako from the horror franchise, Ringu.

Paul and I, and everyone who made the film, just hope to show a different side of the story, perhaps one that isn’t told too often inside or outside Japan.

7, An American Piano was made in 2014, why are you publicising it now?

HD: It sounds a bit arrogant to say, but I think the world really needs a film like this now. We live in such closed social bubbles, and are taught to fear “the other”. Perhaps our little film about enemies seeing the humanity in each other might help the world stop from rushing into another needless world war.

It was on the festival circuit 2014-15, then it was made available on Amazon Prime, now it’s also available on Vimeo as donation-ware.

It’s never been given a proper push out to the public, so I’m contacting reviewers such as yourself now. Thank you for giving a voice to our film on your site.

8, How did it do on the festival circuit?

HD: It was officially selected for fifteen festivals in all corners of the world. Plus, we had a short theatrical run in my hometown of Newcastle, Australia at The Regal as the opening short for the Hayao Miyazaki film The Wind Rises.

Adam J Yeend as the POW

And it was officially selected for TIFF Kids 2015 in their section The Hardest Part about kids overcoming difficult situations.

9, What are your backgrounds? Do you both live in Japan long term?

HD: Before being a writer, I was a graphic artist and cabaret performer. I came to Japan with the dream of making an Anime series, but after meeting Paul, he showed me that my real focus should be telling “dark” stories. I’ve lived in Japan for nearly 13 years now.

Paul and I have worked together since making the Never Let You Down music video for Australian artist Robyn Loau in 2011. We’ve done a number of projects together since then, but most recently the indie feature film, Matcha and Vanilla.

On this project, I was the director, and Paul was the cinematographer. It also features Qyoko Kudo, who plays Youko’s mother in An American Piano, and Adam J Yeend, who plays the young prisoner of war.

PL: I have a bit of a varied background, having begun my working life in the military in both the Navy and Air Force, so I am familiar with what war means to soldiers.

I left the military in 1999 and became an airline pilot for several years until being retrenched during the aviation downturn after 9/11.

Lou Ohshiba as the policeman

I began film studies in 2005 and have worked professionally as a director and cinematographer ever since, primarily in Japan where I moved to in 2007, but more recently in Europe where I am now living since 2015.

I also have a side business creating corrective Look Up Tables (LUTs) for various video cameras, which I originally started for my own benefit to get accurate colours from the various manufacturers’ cameras which weren’t accurate out of the box!

I also write screenplays and am currently developing several feature scripts with a view to directing them beginning this year or next.

10, What was your budget for An American Piano?

Stills and cast from An American Piano

Read my 4-star review of An American Piano and watch the full film here. You can check out Paul Leeming’s company www.LeemingLUTPro.com, and find out more about Hamish Downie at https://hamishdownie.wordpress.com.