This is my favourite of all the short films I’ve watched this week. It’s about a robot lizard and it’s only one minute long. 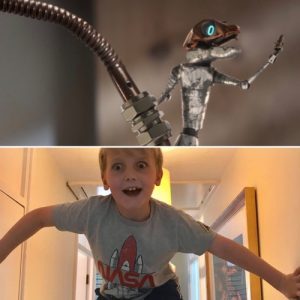 When I heard “Jericho” I thought that sounds like a lovely name and I think the lizard might be called Jericho.

It starts off not much sad. The robot lizard crawls out of a big box onto a table with lots of tools on it and starts making a friend out of bits that he finds. Then it gets sad because he makes a robot friend but its arm falls off. I thought “that’s it”!

But then it ends happily because he fixes his robot friend and the light on the new robot goes on so we know it’s working. 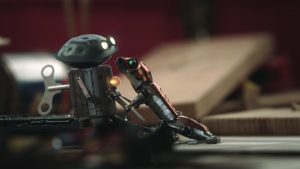 I love this film and I’ve watched it five times now.

The colours are nice and I wanted the lizard to succeed. I like how the lizard tries again and again.

You can tell from looking at him how he’s feeling, when he’s happy or sad.

Jericho is showing at the London Film Festival.