You are here: Home / Film Articles / Scary Movies Not Including Scary Movie 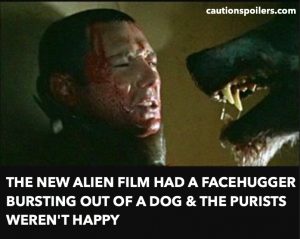 Cabin in the woods borrowed from an absent cousin – check. Stormy night – check. Power lines down – check. New bikinis to try on – check. Hazardous waste facility nearby – check. Ancient cat graveyard – check. Simon Pegg – check. Calling from inside the house – actually that doesn’t really work any more as we all regularly do that with our iPhones when we can’t be bothered to go into the kitchen for snacks.

As it’s nearly HALLOWEEN, when the kids are out tormenting the locals for sweets, it’s time to snuggle into the sofa watching my favourite horror films. I am a total wuss when it comes to horror movies, I still can’t watch Nightmare on Elm Street even though it won’t be long before my 7 year old is shown it at a sleepover. But I do sometimes steel myself to view a whole actual horror film. These are my favourite horror films and I’m mainly into zombies and werewolves. I think because zombies are slow and stupid so I could probably totally confuse them by asking them the difference between “there”, “they’re” and “their”; and werewolves could be subdued with a box of Bonio, or at a pinch a friend’s arm. (You can buy all these movies via Amazon in the UK or US by clicking on the links.)

Dog Soldiers – a great werewolf comedy horror set in Scotland with Sean Pertwee as a soldier trying to save his troupe of fellow servicemen from Scottish werewolves so they deep-fry you then eat you. I lived in the countryside when I saw it on DVD and insisted on returning it to the nearest Blockbusters before I’d go to sleep. I know, it seems totally unbelievable doesn’t it! But Blockbuster was a video store where you paid money to borrow VHS movies then returned them through a little letterbox in the wall. Amazon UK: Dog Soldiers [DVD] [2002]

28 Days Later – living in England, UK apocalyptic horrors just feel more realistic especially the next time you’re walking home alone at night from the pub. Cillian Murphy is brilliant & the virus itself seems so believable with people so quick to anger. I love the empty motorway scenes as it would be the only time I’d be able to join from a slip road without saying over and over in my head “you speed up you don’t slow down!” Amazon UK: 28 Days Later/28 Weeks Later [Blu-ray]

Aliens – Ripley’s family instincts are to the fore with little Newt & Corporal Hicks. I actually even liked Alien 3 as well once I’ve got passed the bit where Newt & Hicks die (hold on a minute I think I’ve got something in my eye). Newt is so resourceful but by the end she knows there’s no way Ripley would leave without her. Amazon UK: Alien Anthology [Films 1-4] [Blu-ray] [1979] [4 Disc Set]

Willow Creek – it’s made by someone called Bobcat! What’s not to love. (Fellow Sarahs – of which there must be about 1 billion alive in the world today – will understand). It’s more found footage which, done well, I still enjoy (though if you found my iPhone there’s only a tone deaf performance of “If you’re happy & you know it” by my two boys which finishes with my youngest whacking himself over the head with his toy guitar & disappearing from view.) So anyway a couple are on a trip into the woods to make a documentary about Bigfoot & unfortunately for them they find him. Amazon UK: Willow Creek [DVD]

A Girl Walks Home Alone At Night – a feminist Persian Western. Ana Lily Amirpour sends her morally ambivalent skateboarding vampire out into Bad City to bite necks and fingers before she (the vampire not Ana Lily Amirpour) sort of falls in love and drives off (admittedly in a slightly stop-start manner) into the distance. A beautifully shot black and white film that raises more questions than it answers with a heroine who reminded me of a much more sorted Betty Blue. Amazon UK: A Girl Walks Home Alone At Night [DVD]

Zombeavers – oh come on, you love it, admit it. It’s got girls in bikinis, almost certainly on Spring Break, whatever the hell that is. Plus toxic waste. A cabin in the woods. And furry beavers – animatronic furry beavers actually, but no jokes please (even I admit they’re not great but there can’t be much call for mechanical beavers – I said NO JOKES – so I doubt the beaver builders had had much practice before getting this commission). Also an annoying college boy gets his penis bitten off by a pretty lady with beaver teeth. Seriously, what’s not to love? Amazon UK: Zombeavers [DVD] 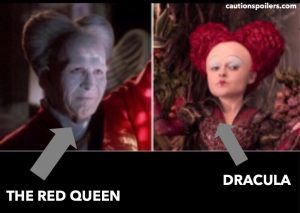 Bram Stoker’s Dracula – apart from an English accent from Keanu Reeves so bad it makes Noomi Rapace in Prometheus sound like our own dear Queen, this is actually a super stylish film with a stunning performance from Gary Oldman as Dracula himself and a story that roams across Europe. Seeing Dracula creep – no, SCUTTLE – like a lizard up the castle’s high walls still scares me to this day. And that hair! Now we know who Helena Bonham Carter based her Red Queen look from Alice Through the Looking Glass on. Amazon UK: Bram Stoker’s Dracula [DVD] [1992]

The Neon Demon  – okay at the time of writing I actually haven’t seen this yet as our local Picturehouses cinema deemed that it wasn’t quite right for our town. I even sent them a photo of me with a fake eyeball I made with my son’s science kit and that still didn’t sway them. But I’ve heard enough about it that I will never stay in an American motel. As if Psycho wasn’t bad enough, now we’ve got Nasty Keanu (god I can barely even type that) and a mountain lion to deal with. Amazon UK: The Neon Demon [Blu-ray]

An American Werewolf in London – who hasn’t entered a local pub only to find everyone goes quiet and looks at you in disgust? Just me then? Oh. Next time I’ll get dressed first. But now we know we’d brazen it out, order a hotpot and stay till morning. When I worked in London and was staggering home at night on the Tube after an alcohol-fuelled night out, I used to have to make sure I was either sober enough to run away if I heard a werewolf coming towards me down the tunnel, or drunk enough not to care. Amazon UK: An American Werewolf In London – Special Edition [DVD]