You are here: Home / Film Articles / Places I Can’t Go Because… HORROR FILMS!! 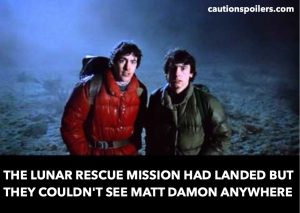 Please, please, PLEASE no one EVER make a horror film set in Waitrose!*

One of the reasons I don’t watch horror films that often is that they stay with me afterwards (not literally I say as I  check the closet / under the bed /crucifix on the wall /  all the locks twice). I can’t just have a giggle about a daft college girl being stabbed to death by someone in a banana costume, instead I am unable to eat bananas for the next 100 years. So because of the films I have seen there are some visits, holidays or road trips I just won’t ever be able to make.

The Yorkshire Moors and the London Underground (I know, great band name there) late at night… because American Werewolf in London – yes folks, it turns out that we aren’t really polite queue-ers who all know the Queen. Actually we are miserable unfriendly locals who spend our time sending tourists in the wrong direction (I may have done that myself occasionally but hopefully not into the path of a hellhound). And the London Tube! I’ve spent hours wandering around in the tunnels down there, desperate for a Way Out sign, in fact one time back in 1981 I was so distraught I actually started howling! And then I was going to ask this businessman how to get out but he ran away. Oh. I should probably shave more often too.
Amazon UK: An American Werewolf In London – Special Edition [DVD]

Motels on American main roads or (worse) backroads, because… Psycho and the Neon Demon – (“Psycho & The Neon Demon” would actually make a great buddy-buddy comedy-horror film wouldn’t it. Someone make it. Though obviously I won’t be able to watch it). I once stayed, safely I hoped, in an English country hotel which had one of those stark, freezing all-white bathrooms with teeny tiny white tiles everywhere like they do in America. I did NOT have a shower that night. I haven’t seen the Neon Demon yet but I’ve heard enough about stalker-y Bad Keanu in it along with a lion to never want to stay anywhere in the US that isn’t a garishly decorated Disney themed bedroom in the Magic Kingdom, and I don’t even like Disney. Amazon UK:
The Neon Demon [Blu-ray]

Big hotels because… The Shining – you might think that only American hotels would scare me but NO! The Shining was set in the 1970s and as so many English hotels haven’t had a makeover since then, just walking into them and seeing hideous carpets, orange sofas and kids in horrible clothes (okay the kids are mine) just takes me right back to THAT DOOR.
Amazon UK: The Shining [DVD] [1980]

Road trips because… Jeepers Creepers – (“my eyes, my eyes!”). Two siblings, driving home, presumably for Spring Break (I STILL don’t know what that is). A horrible truck that follows them and tries to run them off the road, and before you know it the bloke who looks a bit like Keanu has lost his eyes. I used to love pootling down a country A road but no longer.
Amazon UK: Jeepers Creepers [DVD] [2001]

The Australian Outback because… Wolf Creek – god what a hideous film. It’s well acted but it’s based on the true story of two British girls who disappeared in the outback and were later found to have been tortured and murdered by a psychopathic killer. Some very hard to watch scenes before they die. I used to only be scared of the terrifying poisonous spiders in Australia, and Neighbours, and I wish I still was.
Amazon UK: Wolf Creek [DVD]

A cabin in the woods because… every teen slasher film ever – god I can barely manage a long weekend in a log cabin at Centre Parcs over here now, and that’s with takeaway deliveries, a handy Cafe Rouge and absolutely no mysteriously absent cousin / uncle / grandmother who owns the spooky cabin. The only cabin-in-the-woods horror I can bear is Zombeavers and that’s because of the endless capacity for beaver jokes while watching it.
Amazon UK: Zombeavers [DVD]

*Non-Brits (strictly speaking, non-posh-Brits), Waitrose is a delightful supermarket where it’s Essentials range includes things like tinned artichoke hearts, and where the staff are even posher than the customers (I wouldn’t be surprised if Prince William had a gap year secretly working there). It is also my spiritual home.