Nothing like a little male objectification to keep life interesting. Yes some of them are getting on a bit but 40+ is when people reach their prime. Just ask me! So may I present to you: 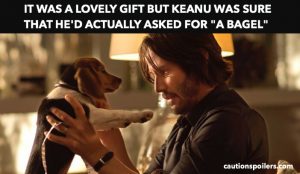 Truly the world’s sexiest middle aged man. He makes me want to say “dude!” and quote Bill and Ted (“hey dude remember when I asked your mom to the prom?” “SHUT UP TED!”).

Now he’s John Wick and kills lots of people, sometimes with a gun, sometimes a pencil, sometimes just with a few words – eg “urghhhh!”. But it’s ok as he loves animals, he’s just not that good at looking after them.

No jokes about John Wick fantasies and him shooting his load, please. Leave those to me, in my leather catsuit when I dress up as Miss Perkins and break into his room at The Continental. (Where I would suggest the filthiest, most disgusting thing I could think of purely to get him to say “Woahhh!” to make me stop.) 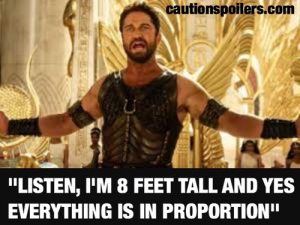 Consistently Scottish, he’s a very good actor, especially when he has Shakespeare writing his scripts for him (I could admire his Coriolanus all day). But oh Gerry! Swoonsome yet slightly skanky, he looks like a man who shags waitresses by the bins out the back of Poundstretcher in, I don’t know, Dundee.

“London has Fallen” did well money-wise but it hardly wowed the reviewers and I can imagine the future sequels becoming less and less important. Perhaps “Slough has fallen but nobody is that bothered”, then “Oh look a minor town with an ancient sheep market has fallen” until eventually he’s starring in “We think a small and insignificant hamlet in the middle of nowhere that no one has ever heard of may have fallen but we need to email them to be sure, which we’ll get round to eventually”.

And maybe a couple of romcoms with a woman who looks a bit like Jennifer Aniston. And he’ll be promoting that cheap perfume that smells a bit like Hugo Boss and is sold in pubs around Fathers Day. 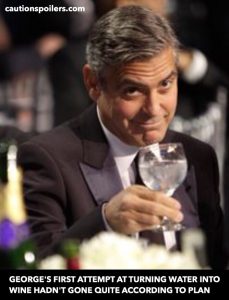 Ok so he’s starting to morph into your dad crossed with Mother Theresa, but he’s still pretty sexy. He lives on the banks of the river Thames in Oxfordshire now, which is handy for when he wants to practice walking on water. Perhaps with Bono.

I like him so much I actually sat through at least half of “Solaris”, one of the most depressing films ever. Check him out in Out of Sight or one of his Coen Brothers films instead, and you can pretend you’re excited not salivating.

You probably don’t know the name, and if you do you probably can’t pronounce it out loud or spell it. (In my head he’s called Math-ius Show-narts. I have absolutely no idea whether this is anywhere near correct). But you may have seen him looking gorgeous in “A Bigger Splash” recently where he got his kit off (for his art obviously), and “Far from the Madding Crowd” where as the dependable Gabriel Oak he offered Bathsheba Everdene – wait for it – a cucumber frame to entice her to marry him. With the potential for a piano at a later date.

Then all his sheep threw themselves over a cliff and died. God I’m depressed even thinking about that film. He is a brilliant actor too, in case you were wondering (you weren’t, were you). 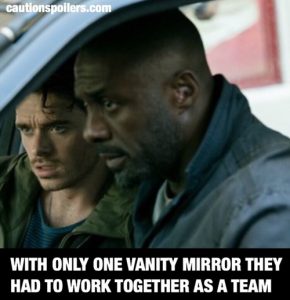 I watch quite a bit of scifi as I’m a big wuss when it comes to horror and this is the next best thing. I think I’m the only person in the world who LOVED “Prometheus” and I’ve watched it loads. Partly because Idris plays the captain. He’s great and in one scene just after everyone has emerged from stasis and are bitching at each other and eating breakfast he’s prioritised putting up a Christmas tree while smoking a fag which makes me love him even more as I ADORE Christmas.

I used to manage a Christmas department in a shop and even after spending three months wearing musical antlers that played “Rudolph the red nosed reindeer” all bloody day, and late night opening on a Thursday, I still LOVED CHRISTMAS.

I bet Idris would look sexy even wearing musical reindeer antlers. I’m sure I’ve got a spare pair somewhere. Anyway Idris always looks grizzled yet strong and dependable. God it was so sad when he crashed the ship and killed himself to save the world. You see I’m depressed again now so I’m going to have to think about…

There that’s better. Whenever I’ve been watching some really depressing yet Oscar-worthy film I have to cheer myself up by rewatching “Reign of Fire” with him and Gerard Butler in it, killing dragons from a Northumbrian castle while wearing lovely matching navy blue sweaters. The thing with Christian Bale is, the worse-reviewed the film, the better he looks. Seriously, check him out in “Exodus – Gods and Kings” when he thinks he’s Egyptian and he’s wearing a toga (don’t worry, the sexy Bale bits are near the start so you don’t have to sit through the whole damn thing which is nearly as long as the Old Testament itself and frankly just as dull). 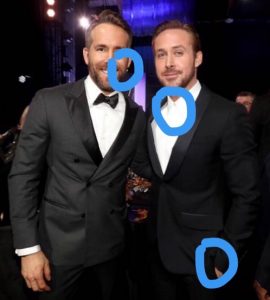 Possibly the same Ryan, married to all four, and working really really hard on back-to-back movies, while the Other Ryan lounges around doing fuck all and getting all the credit (well 50% of it, anyway). Even after staring longingly, I mean for a long time, at endless pictures of both alleged Ryans, I still can’t tell them apart.

Back in the 1980s my sister and I practically wore out our VHS video of “Another Country”, a film about the public school days of Guy Burgess, who spied for the Russians against the British. Firth played the Marxist Tommy Judd, Guy’s friend, who eventually died (sob) fighting the fascists in the Spanish civil war. He had floppy curly hair and totally rocked the 1930s public school super-rich Marxist look. Then a few years later he popped up as “Pride and Prejudice”s Mr Darcy, fuelling a million erotic wet shirt fantasies (they were just mine so it’ll actually be more than a million) as he emerged soaking from a lake in front of Lizzie Bennett in her transparent muslin dress and bonnet. 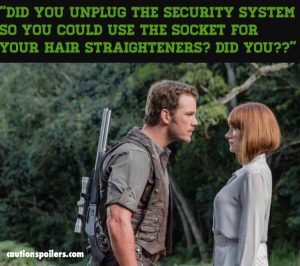 God there are just so many of them, aren’t there – I get confused enough with just two Ryans. Chris Pratt who is in every single film now, Chris Hemsworth the god of something Scandinavian and important, Chris-Evans-not-the-ginger-one who was in something or other and Chris Pine who was in something else possibly about maths. Sorry, math.

There’s probably loads of other hot Chrises in things too, these are just the ones I can remember.

What can I say, it’s that side parting and the half smile. He would’ve been higher (I’ve always had a soft spot for him for putting up with those two god-awful children who were, amazingly, even more irritating than mine are) but he loses hot men points as his beige chinos / blue shirt combo was responsible for a generation of office-bound men choosing an identical outfit to express their individuality on every single Dress Down Friday since 1993. (Anyone under 30 won’t have heard of dress down Fridays – believe it or not men used to have to wear suits to work four days a week! And on the 5th day The Human Resources department did so decree that thou shalt be up at 5am panicking about what to wear and if thou are notst dressing up as Sam Neill thou shalt wear Jeremy Clarkson jeans and a work shirt that isn’t white.)

(There’s no Luscious Ladies list yet, I blame the Patriarchy. But I’m working on it! Currently it’s Kim Basinger at No.1 and Jennifer Garner in positions 2-10.)